Posted on June 23, 2015 Categories: Canine Health Comments are off for this post 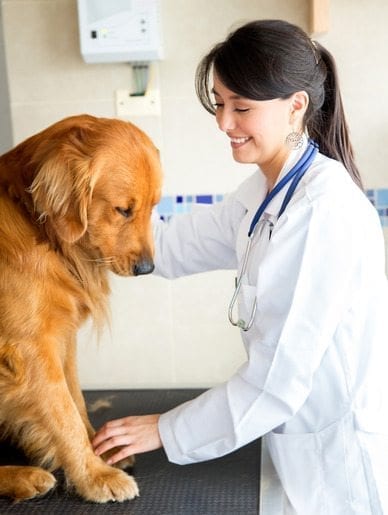 by the Editor, Golden Times

This is a true veterinary emergency. Bloat with a possible stomach twist (torsion) is one of the most dangerous intestinal disorders known in canine medicine.

The exact cause of canine bloat is unknown; however, it is believed to be brought on by abnormal stomach function. The stomach becomes excessively dilated with gas, causing it to expand, occasionally to three to four times its normal size. As the stomach swells with gas it may “float up” on other organs and can actually rotate or twist on its axis. When the stomach twists, it causes the esophagus (at the entrance) and the small intestine (at the exit) to also twist, preventing passage of gas, liquids or food. With no release of gas possible, the stomach expands further.

As the stomach twists, veins and arteries within stomach walls and other organs such as the spleen and liver become twisted and blood is no longer able to flow through them normally. The spleen, closely associated with the stomach, may also twist, completing obstructing the blood flow.

Not all cases of gastric dilation result in torsion. However, most of the time, they do. Large breeds, especially those with deep chests, develop bloat more frequently than small breeds. Additionally, larger chest cavities and abdomens in breeds such as Labrador Retrievers, Greyhounds, Afghan Hounds, Great Danes and similar breeds seem to allow the stomach to bloat and torsion more easily.

The initial signs are usually seen within the first few hours after eating. Generally the dog acts nervous and cannot get comfortable. Dogs may try but be unable to vomit and may have a tight bloated abdomen. When torsion occurs, a dog may try repeated unsuccessful attempts at vomiting. Since torsion involves the esophagus, it is not possible to bring anything up from the stomach. Along with the bloated appearance, there is excessive panting, probably due to pain and the enlarged stomach pushing the diaphragm against the chest cavity.

Left untreated, virtually 100 percent of bloat dogs will die. Once the stomach twists, death will result within hours. A dog that can vomit once treatment has been started has a much better chance of survival. Treat every case of suspected bloat as a medical emergency. Do not wait.

Dogs suspected of having torsioned generally undergo surgery at once. The abdomen is opened up and the stomach, spleen and intestines are rotated back to their original positions. The stomach is sutured in place against the rib cage to help prevent another twist from occurring. It must be pointed out that even with prompt surgical correction, not every dog survives. Many dogs go into shock or develop infections after surgery. Careful postoperative care and monitoring are important, especially for the first seventy-two hours after surgery.

Dogs that survive bloat are generally given a modified diet. Although diet has never been definitely proven to be a contributing cause, several theories show promise. It is best to avoid feeding large amounts of food at a single meal to the recovered dog. Multiple small feedings may help lessen the stomach’s production of gas. Many authorities believe cereal based diets should be avoided, as these foods tend to expand once they meet the stomach fluids.

Bloat and torsion are thought to be associated with eating large meals, exercising just before or after eating and gorging on large amounts of food. Although there are no foolproof ways to prevent bloat, some things may help: 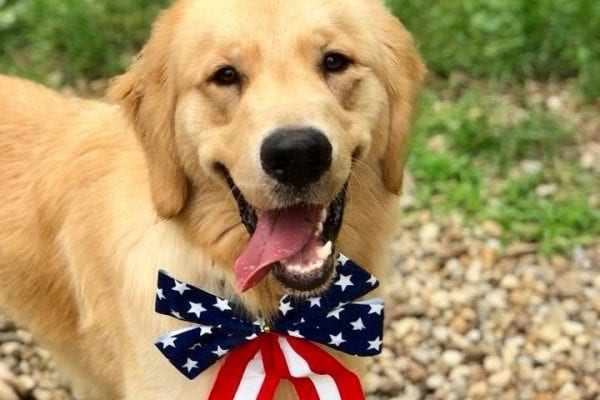 Safe and Happy Fourth of July 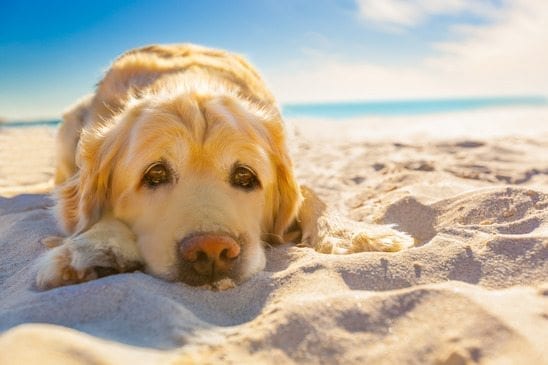 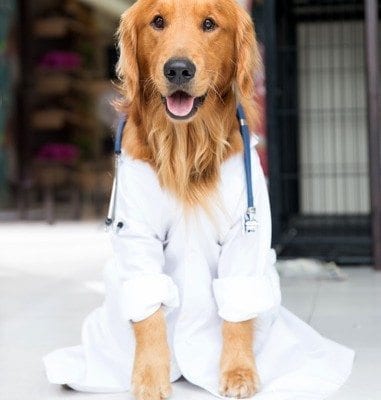